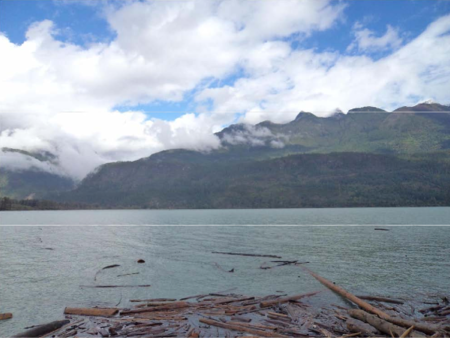 Xa'xtsa is made up of two communities: Port Douglas, which is situated at the northern end of Little Harrison Lake, and Tipella which is on the west side of the Lillooet River. Xa'xtsa is also part of the entire St'atl'imx linguistic group.  The name 'Port Douglas' originates from the colonial period, when the town, one of the earliest to be established in mainland British Columbia, was erected adjacent to the present Xa'xtsa community in 1858.

The lot on which the town of Port Douglas stood eventually became a logging camp for a number of different logging companies. The community of Douglas reached its economic peak in the 1950's when residents from the communities up the Lillooet River stayed at Douglas during the summer months, working in the logging industry. Also, in the early 1950's B.C. Electric began construction of a power transmission line through the Lillooet River Valley, and many Lower Stl'atl'imx were employed to clear the right of way. Port Douglas was also used as a launch point for travel down Harrison Lake to New Westminster. Many members of the communities of Douglas, Skatin (Skookumchuck), and Samahquam traveled to the Lower Fraser Valley and Northern Washington State to pick hops and berries. Although they began hop-picking in the early 1900's, this activity did not reach its peak until the 1940's and 1950's. They would also travel to New Westminster and Steveston, where they were employed to fish for, and work in the canneries; and to Vancouver, where they sold their furs to the Hudson's Bay Company.

The forest companies have since moved out of the area. A mining prospecting company now inhabits the logging camp at Port Douglas, and the Spring Creek logging camp near Tipella is now abandoned. There are no traces left of the historic town of Port Douglas, save for an historic cairn erected in 1958, which marks its location. Only a few families have permanent residences in Douglas and Tipella, but Xa'xtsa is working with Cloudworks Energy on independent power projects to feed hydro electric power into the larger power grid. An agreement has also been reached in 2010 with BC Hydro to build a substation to electrify the community. The Cloudworks agreement will enhance Xa'xtsa's ability to create economic opportunities and to rebuild a healthy and strong community.